Listen to the full hearing, which includes other projects in the Encanto Village. (1:10 minutes)

“It’s important to me that we encourage this type of project in Melrose,” Poulton said Monday during a regular Encanto Committee meeting. “We can’t be making this any more difficult for developers, project owners, or business people than it has to be.”

Poulton, a commercial attorney who lives and works in Melrose, was the only member of the S.A.M.A. Board to attend the Dec. 4th hearing.

“I am not here in my official capacity,” he said. “(S.A.M.A.) has not taken a position publicly on this project.”

Still, the Raskins must secure a height waiver for their proposed four story, 56′ tall structure, as well as a special use permit for storage within the underlying C-2 zoning.

Encanto voted 12-2 in favor of recommending both approvals to the citywide Phoenix Planning Commission, which will vote on the project January 4th. Both Encanto and Planning’s recommendations will be considered by the Phoenix City Council before a final, legal vote on February 7th.

“As I sit in my office on 7th avenue, and I look out my window at the other buildings that surround me, I don’t see anything that looks anywhere near that good,” Poulton said.

“(The property) either sits vacant longer, we do this project, or it gets used for something completely different,” Poulton said Monday. “We need something to go in there.”

Poulton was asked why S.A.M.A. had not taken a formal position.

“We didn’t formally decline to take a position,” he said. “We just haven’t taken the time at a Board meeting to do that officially.”

The S.A.M.A. Governing Board Members are each unpaid volunteers.

The member financed non-profit exists to represent the collective interests of merchants along Seventh Avenue.

Previous generations of Board members spearheaded the revitalization of Seventh Avenue between Indian School and Camelback Roads, including the creation of the Seventh Avenue Urban Main Street Overlay zone, the only of its kind in the city.

A specific provision prohibits “storage garages,” but self-storage is allowed according to City staff.

“People initially expressed a lot of concern that we shouldn’t be giving variances to the core provisions of the overlay district,” he said. “They’re concerns are not with this specific project.”

He signed a support letter on behalf of the S.A.M.A. Board that was filed with the City prior to the Raskins’ design Charette in August, and said he was not aware the letter would be included in the current proposal review.

“If anything, (the Raskins’ project) highlights the quaint nature of the neighborhood,” Poulton said Monday. “It highlights the juxtaposition between the small houses from the era with a large, new modern building.”

Poulton said he had heard several complaints from residents about more storage, but was not aware of any merchants who objected to the use.

“I can’t recall specifically any businesses or property owners on 7th avenue who oppose this project,” he said. “What I hear is people second-guessing the economics of another storage facility.”

Poulton was the only business owner from 7th Avenue who spoke at Monday’s meeting.

“Frankly, to me, it’s not about the use,” he said. “It’s about the construction, about bringing something different, (and) about making the community look better than it has.”

Poulton said he did not think it was his place to question the Raskins’ business plan.

“I have no idea if this makes sense financially,” he said. “What matters to me is traffic, and appearance.”

Poulton said he was not concerned by that number.

“If anything, I’m frustrated it has been such a difficult process for (the Raskins) to this do this,” He said. “I think they’re using the right approach here.”

Poulton said he applauded the Raskins for inviting area leaders (including a member of S.A.M.A.) to participate in a competition style design charette for the building.

The public is invited to speak to the Phoenix Planning Commission about the project during their January 4th meeting, which will be held at 6:00 p.m. at the City Council Chambers at 200 W. Jefferson Street. 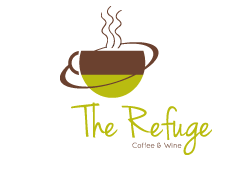