Rochelle Poulton, wife of Seventh Avenue Merchants’ Association Board President Mike Poulton, will be revealing some of what it takes to pull off Melrose’s highly anticipated annual street fair this Thursday, during the organization’s quarterly meeting.

The discussion will begin at 6:00 p.m. the new location of Phoenix Preparatory Preschool at 801 W. Osborn Road, and will be catered by Mi Patio Mexican Grill.

S.A.M.A. Treasurer Margot Magnum founded Phoenix Preparatory on Highland Avenue in Melrose in 2007 and built the larger Osborn location in 2017.

“The connections, relationship and friendships, I have made through S.A.M.A. have been invaluable,” Magnum said last week. “I would encourage all business owners to join and actively participate.”

Street Fair, Looking Back and Forward:

A credit attorney by profession, Rochelle Poulton was appointed to the S.A.M.A. Board last Summer.

She worked with former Board member and veteran Melrose neighborhood organizer Pam Pawlowski, City of Phoenix Neighborhood Specialist Lisa Hubbard, and several others to bring together the fair that happened this last March.

Poulton will be overseeing future preparations as Chair of the newly created Street Fair Planning Committee, which meets the second Thursday of each month at 3 p.m. in the conference room of Poulton and Norian PLLC., 4601 N. 7th Avenue.

“We want people to participate,” she said during the Board’s regular meeting in May. “We need feedback, ideas, input etc.”

Poulton said more community outreach for volunteers is a priority.

She will explain during this Thursday’s meeting how merchants can get involved in the fair, even if they don’t rent a booth.

“If you have a parking lot and want to have an event, that’s great,” Poulton said. “If you have no ideas, we can pull it up on the map (and discuss).”

Thursday’s presentation will also include tips for how businesses can adjust to street fair pedestrian traffic. Poulton may also suggest some do’s and don’ts for participants.

“If people are really interested, we can really get into the nitty-gritty of the things that they can and cannot do in their (fair) space,” she said.

“That’s where we get the numbers from every year,” Mike said. “It’s an estimate.”

The Board also hired public relations consultant Jackie Caro of Marketing Ideals Company to help promote and coordinate the event.

“The remaining demographics we pull from who’s following us (on social media) and who attended,” Rochelle said.

According to Rochelle, 66% of attendees were women aged 35-44, though it was not clear how this statistic was extrapolated.

The Board also produced, and is about to release a marketing video which includes aerial drone footage of the 2018 fair.

“The drone was the highlight of the changes we made,” Rochelle said. “It produced really awesome content for us to this year to entice future sponsors.”

The video, which Rochelle estimated cost roughly about $700.00 to produce, has not yet been distributed to membership or put on the Association’s website.

Several ideas were discussed for next year’s fair during the Board’s regular meeting in May. Those still on the drawing board, but not yet written in stone include:

“We’re thinking about doing a project with The Phoenix Mural Project where they would have designated spaces along the street during that day,” Rochelle said. “It (could) be like a one-hour competition to design from chalk paint, get it done, and be judged throughout the day.”

Rochelle said a designated area for drivers who are dropping off attendees is “critical.”

This past year’s fair also included a rock-climbing wall, an inflatable bouncing castle, and a “Euro Bungee” jump for children.

The Board shared in some light-hearted laughter when discussing how to balance expanding “big kid” activities during the daytime event which welcomes families.

Several Board members explained they don’t want to convey any concern with the businesses that operate just north of Indian School Road, but that it makes sense to keep family events separate from where they want to host bar-style games in 2019.

“It’s an adult area (of 7th Ave.),” Membership Director Kenyatta Turner said succinctly. “We’re going to treat it as such.”

This past year’s fair included a tequila bar and a beer garden, and the “Melrose Patio” as a closed-off section for adults in the center of the Fair.

Outside of the “Big Kid Zone,” The Board is investigating if minors can accompany parents who want a drink.

“Were losing (attendees) who might drink because they can’t take their kids with them,” Mike Poulton said. “There are plenty of outdoor events that are special events where you can wander around with a beer in an area where there are kids.”

Poulton, a commercial attorney, is investigating how the non-profit S.A.M.A. must regulate alcohol consumption under a temporary liquor license.

Several more logistical items have been raised by the Board at past meetings, which are held monthly, usually at the address above.

Board meetings are open to S.A.M.A. members.

Rochelle Poulton can be reached: rochelle@samaphx.org. 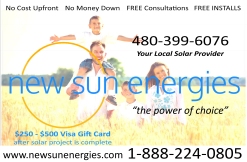